9 Reviews
See Specifications of this watch Did Seiko eradicate such a purposeful everyday sports watch due to its long run? At first, that’s what many of us have beliefs and not hoping for, but Seiko surprised us once again with the new Seiko Prospex Alpinist Cream Gilt SBDC093/SPB123J1 equipped with their latest 6R35 caliber and several upgrade features while being the derivative of both its brethren- the combination of the cream coloured Alpinist Ref.SARB013, in addition with the Green Ref.Sarb017 gilt markers and handset.

The newest Seiko Prospex Alpinist Cream Gilt SBDC093/SPB123J1, rarest of the other three, joins the pioneers (along with the new Sumos and Presage) to have a new movement; powered by Seiko’s latest automatic caliber, 6R35, which is an upgrade from the workhorse 6R15. It still operates at 21,600 BPH (3 Hertz) with hacking and hand winding capabilities. Its main updates are the increase of jewels to 24 and a power reserve of 70 hours from 50 hours on previous versions. All of it can be seen through its open case-back.

The stainless steel case carries the “Alpinist’s baton,” bearing a unique applied golden indexes with minute numerals and luminous plots flanging them. The retro milky cream dial has a sunburst finish that holds one of the most striking features of this watch, which has an easily recognizable applied markers and cathedral handset. Their distinct look adds on the appeal of its dial that further draws back in relation to its 2006’s model. The beauty and retro look, you got to admire in person. The warm sunburst cream dial with its golden treats allows this sports watch to sway towards more elegance, with certain enduring vintage charm to it.

Since the new generation of professional tool watches in the Prospex line gets the “X” emblem on the dial side, so does the Alpinist. Seiko placed it at 6 o’clock, replacing the previous “Diashock 23 jewels” wordings, as to not throwing off balance of the dial’s entirety.

Lastly, The Alpinist is paired with the forest green 20mm leather strap with cream coloured stitchings, enhancing a certain vintage and nature touch of yesteryears.

1
J
Jason C.
Aug 28, 2020
Seiko Alpinist
Recently, I have discovered Seiko. What a wonderful discovery! I have ordered three Seiko watches from Gnomon. All three orders have been flawless. Excellent customer service ...view morefrom order to delivery. I would be hard pressed to order from another seller. All three of the Seiko watches have been solid. Fair price. Excellent quality. I think I have become a Seiko collector. I have enjoyed my Seikos as much as my Rolex or Omega. The Alpinist is an excellent watch that checks all of the boxes I am looking for in a watch. You can’t go wrong with this one. view less 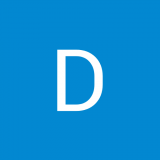