Prospex for Seiko means “Professional Specification” that their timepieces in this category are built with very high standards to be used by professionals. One that stands out to collectors around the world and known for one of great value for money Japanese Domestic Model(JDM) is the latest in their scuba diver series; the SBDC099 nicknamed by the Seiko community as “Deep Blue Sumo,” featuring their most recent 6R35 automatic movement.

The Seiko Prospex 200M Automatic Deep Blue Sumo Sapphire 3rd Gen Ref. SBDC099 precursor initially released in 2007 under the reference. SBDC001/003, but now with a few significant changes made on the latter.

The overall look of the Sumo is one of a kind and stayed through to its roots since 2007; being quirky while still wears like a professional dive watch for more than a decade.

Therefore, the Seiko Prospex Deep Blue Sumo Sapphire 3rd Gen Ref. SBDC099 is the pioneer to have a new movement; powered by Seiko’s latest automatic caliber, 6R35, which is an upgrade from the workhorse 6R15. It still operates at 21,600 BPH (3 Hertz) with hacking and hand winding capabilities. Its main updates are the increase of jewels to 24 and a power reserve of 70 hours from 50 hours on previous versions.

The full matte black bezel is aluminium, has prominently printed markings on it (keeping the Sumo theme) with more sleek numberings. It rotates buttery smooth into 120 positions has zero free play in a clockwise direction. Similar to the JDM models, the screw-down crown at four o’clock now has a sterile approach while still allowing one to make time adjustment with ease.

The watch’s unique aesthetic along with the fat markers on the bezel, now the nickname of “Sumo” starts to ring a bell. Further, it has an upgrade that all Seiko fans have been requesting- which is having a sapphire crystal for the Sumo, and this one will be the first to feature one. The two-tone blue dial did with a radial effect that reflects its bretheren Prospex MM200 Ref.SBDC065/SPB083j1 fume blue look, that reflects the colours seen in deep ocean. It manages to dance and play with different lightings when it hits the surface. With all that said, legibility is excellent as on all Sumos.

The impeccable hour markers and hands are both generously coated with Seiko’s LumiBrite, allowing it to glow brightly in the dark for hours. Further, Seiko has also tweaked a little to the 12 o’clock marker, appearing to be more elegant than before. Another splash of color detected here got to be its bright yellow second hand that freshen up the tool watch overall.

The design of the steel bracelet compliments the watch beautifully, having it brushed mainly, with polished sides and a polished lining on either side of the central link, giving this new Anthracite Sumo a seamless look and feel.

All in all, for more than a decade, the Sumo is still one of the best bangs for buck Seiko dive watch. Some might complain about the price increase from its predecessor, but we beg to differ — the Seiko Prospex Deep Blue Sumo Sapphire 3rd Gen Ref. SBDC099 is one hell of a watch that has been the first in its class to have a brand new movement with an enormous amount of power reserve.  While it stays true to its formidable durability and legibility, with a proven design that started its cult following, featuring excellent casework, and a unique fume blue dial. Certainly a model that will find its way into many diver watch lover's collections.

0
H
Hans Paal B. Verified Buyer
Oct 22, 2020
HP B in Colorado A beauty of a watch, at a good price, delivered quickly and as promised. Highly recommend both the watch and Gnomon.
0 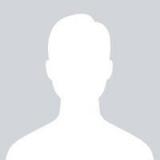 Joe C. Verified Buyer
Oct 14, 2020
Great watch wrist present and great built
1
S
Steve H.
Jul 8, 2020
Gnomon does it AGAIN!
Just received my latest purchase from Gnomon. This time an Anthracite Sumo. What a gorgeous watch. The dial is just stunning. Seiko got the redesign on the Sumo just right. And the... view more orange on the second hand is just perfect against the grey. Gnomon delivered the watch in perfect condition and in record time to the United States, as usual. Already looking forward to my next purchase from Gnomon. Steve H. view less