Seiko has gone through a decade of refining and developing its mechanical watchmaking skills. These had led to the creation of Seiko's all-mechanical collection; the Presage.

In the Presage line consist of Seiko’s leading mechanical watch collection, like the caliber 4R, 6R and 8R, and today we introduced to you the latest model; the Presage Enamel Automatic Ref. SARX051.

The Seiko Presage Enamel Tonneau Ref. SARX051 is a great concept and well balanced between a quality everyday watch, preserving the precision of timekeeping with some elegant flair like, for instance, it's unique enamel dial concept was brought forth in 2017.


Seiko's expertise with unique case designs can be traced back to the 1960's when they introduced some quirky rectangular/ tonneau shapes, that can be found from the elegant Seiko Grand Quartz to the highly sought-after Grand Seiko ladies (19GS) and VFA series from the late 60s.

The SARX051 features such characteristics, bearing a 35.9mm wide and 46mm long case. Often, Tonneau cases do fall on both extreme sides, one being a sporty one, while on the other end you have a truly traditional look. The SARX051 is the latter, while further enhancing its elegance with Roman hour numerals with blue-flamed leaf-shaped steel hands.

Now perhaps most importantly, the white glossy dial is where Seiko's link of their prowess in combining watchmaking with its tradition and culture. The dial featured here is a bright white enamel dial, giving the SARX051 a lustrous and flawless look. Seiko brings this concept by no means a random consideration. In fact, it is based on the watch that brings us the Presage line today, which is the 1913 Seiko Laurel, while being the first wristwatch with a white enamel dial.


The Seiko Presage Enamel Automatic Presage Ref. SARX051 is a JDM exclusive, uses the robust 6r15 automatic caliber, with a power reserve of 50 hours and accuracy of -15 to +25 seconds. The movement can be seen through the open display case back.

A gentlemen’s mechanical watch like the SARX051, can be worn on any occasion and feel proud of it mainly for it's uncanny resemblance to its pedigree “Grand Seiko” cousins. Part of the Presage lineup of dress watches means that this is a step above the Spirit collection(SARB033) in terms of built and finishing. The elegant touch is having paired with its black genuine alligator leather.

Topping it all off, whereby following the case form, a tonneau domed-shape curved sapphire crystal, that is a nod to retro-ness, while letting wearer glance for time easily in any lighting conditions. One can easily spend hours looking at the watch to admire the intricate details that Seiko has put into this excellent dress watch. Further, the finishing of the dial is as good as it gets, withstanding the very close scrutiny, and able to pass with flying colors.


While Japan is a land with longstanding cultural history and they value their tradition till today, even in design and manufacturing values. The Presage Enamel Tonneau Ref. SARX051 is every day/elegant style dress watch that has a unique case design at a reasonable price, where it belongs in this tradition, and is also where Seiko combines their manufacturing capabilities with Japan's own everlasting culture.

Maker
Seiko Japan
Movement
Caliber 6R15
Accuracy range
+25/-15 sec per day
Dial
White Enamel
Case
Stainless steel
Crown type
Push-in
Lug width
20mm
Crystal material
Dual-curved sapphire crystal
Strap
Seiko Black Crocodile strap
Water resistance
50m
Dimensions
35.9mm in diameter, 46mm lug to lug, 12.5mm thick
Find out more about the brand
Customer Reviews
5.0out of 5
4 reviews
5 stars4
4 stars0
3 stars0
2 stars0
1 star0
Add a review
Hmm...you don't seem to have purchased this product yet to be able to leave a review.
You have already reviewed this product. If you would like to edit your existing review then please contact us directly.
Something went wrong! Please try again!
Sort:Most Recent Most Recent Highest Rating Lowest Rating With Photos Most Helpful
E
edwin k.Verified Buyer
Mar 28, 2021
emk Singapore to South Texas on my wrist in 4 days,super fast shipping, excellent watch,great price, would order again
0
D
Doug P.Verified Buyer
Mar 7, 2021
Great Watch & Seller
Always a fast delivery and well packaged. Not to mention the competitive price.
Watch dial (ceramic) is just flawless and the blued hands are an awesome colour contrast. Ve... view morery happy with purchase and seller. view less
0
M
Michael B.Verified Buyer
Jan 30, 2021
I really like it
Always thought the Tonneau shaped case was the dressiest of the dress watches. Didn't know Seiko made one until I came across this one by accident.
Immediately purchased it ... view moreand was glad I did, it was apparently the last one view less
0 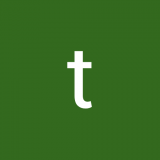 Frank P.Verified Buyer
Jun 18, 2020
Great great great watch one of the best seiko i have ever owned shipment was quick my only complaint but is not a big deal is locking mechanism it takes awhile for me to lock the w... view moreatch when it's on my wrist dont know if it's a defect or a specific technique I need to know to lock it on point but other than that everything when very well view less
2
Load more