Unveiling the new Engineer II Moon Phase Blue. The Engineer M Marvelight measures in at 41mm in diameter with a height of 14mm. Further, it features a screwed-in crown, commonly found on most Ball’s watches, allowing it to have a 100m water resistant. Once the time and date adjustments are done, screwing back the crown will enable one to bring it out for some splash around water.

Moving on to the dial, the new Engineer II Moon Phase Blue takes some tweaks from the earlier version of the Trainmaster Moonphase. There are a total of 28 micro gas tubes on the hour, minute, second hands and dial for night reading capability.

Couple this with a sword style hour and minute hands, along with their signature seconds hand with Ball’s “RR” symbol as counterweight on the other end. Topping things off for the dial, the Engineer M Marvelight has a sapphire crystal with anti-reflective coating underneath.

The Ball Trainmaster is powered by the Ball RR1801 automatic movement, which is based on an ETA movement. The movement adds a moon phase complication for an added touch of elegance. Ball puts an emphasis on accuracy under adverse conditions. So while they are from the dress collection they are made to be tough withstanding. The movement is well protected with Ball's own patented Amortiser anti-shock system, that consists of a protective and anti-magnetic ring around the mechanical movement that absorbs the energy created by side impacts and shocks.

The new Engineer II Moon Phase Blue paired with their elegant solid links bracelet with a nice mixture of polished and satin finished throughout. The bracelet features a double-sided locking clasp system which makes the bracelet more streamlined when being worn.

Summing things up, the Ball Engineer II Moon Phase Blue - Bracelet Ref. NM2282C-SJ-BE is certainly for someone who appreciates fine watchmaking that packs reliability and value from a respected watch company. The watch exhibits exceptional value given that it has a 28,800bph modified ETA movement with moonphase complication, Ball patented anti-shock system, self-illuminating tritium tubes and exceptional case and bracelet finishing. We think it will be difficult to find another watch with similar specifications without going to the next price category.

Maker
Ball Watch Company
Movement
Automatic caliber BALL RR1801
Dial
Blue
Luminous
28 micro gas tubes on hour, minute, second hands and dial for night reading capability. Luminous moon phase indication.
Case
Stainless steel
Crown type
Screwdown Ball signed crown
Lug width
20mm
Crystal material
Anti-reflective sapphire crystal
Strap
Stainless steel bracelet. Ball signed.
Water resistance
100m
Dimensions
41mm in diameter, 14mm thick
Find out more about the brand
Customer Reviews
5.0 out of 5
3 reviews
5 stars 3
4 stars 0
3 stars 0
2 stars 0
1 star 0
Add a review
Hmm...you don't seem to have purchased this product yet to be able to leave a review.
You have already reviewed this product. If you would like to edit your existing review then please contact us directly.
Something went wrong! Please try again!
Sort: Most Recent Most Recent Highest Rating Lowest Rating With Photos Most Helpful
A
Arwin T. Verified Buyer
Feb 3, 2021
Beautiful and solid watch.
Beautiful blue dial.
The moonphase looks amazing, particularly in the dark when the tritium is in all its glory.
Bracelet is solid. Amazing lines on the case. Wears ...view morea bit bigger than the size. view less
0
C
Christopher G. Verified Buyer
Jan 27, 2021
Beautiful watch!
I wasn’t sure what to expect since it’s hard to find any reviews on this watch, however this is a really beautiful and solid feeling piece! The blue dial is very classy and I like ...view morethe tritium lume. The bracelet is an interesting brushed / polished design and was easy to size thanks to the screw links. view less
0 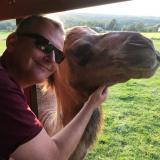 David G D. Verified Buyer
Dec 27, 2019
Amazing value on an excellent moon phase Engineer II
How do you not love this dial? Or the fantastic moon phase. I had planned on the Train Master but this Engineer II is much like a Marvelight. Oozing class from every part of it. I...view moret will need additional links if your wrist is larger than a US 7.5” size. I removed a half link and may put it back. Excellent time keeping as well.  view less