For a start, the Orient Star Contemporary Contemporary Standard White Ref. RK-AU0006S offers a solid SUS316L stainless steel case. Further, measuring 39mm wide, 12.2mm thick and 46.3mm lug to lug, paired with a signed push-pull crown while still bears a decent 100m water-resistant. This makes the watch wearable almost on any wrist, sweet spot for many watch enthusiasts. Since this falls under Orient’s premium line, the case gets a byzantine satin-brushed and polished finishing while the back of the watch features full polishing. Even the bezel gets the full high gloss polish treatment tastefully.

Seen through its flat sapphire crystal, the Orient Star Contemporary Standard goes intrinsically with the design- a clean white background with applied faceted metallic hour markers for a start, evoking a  sense of calmness when one checks the time. Associating with some elegancy, Orient Star applied huge Roman numerals at the 12 and 6 o’clock. What enlivened Orient Star watches its fan-shaped power reserve indicator at 12’o clock, showing how much juice left on the watch. Thankfully, even while having this complication along with a date display at 3, the legibility on the dial is excellent.

Displayed through the screw-in casebook, the in-house caliber F6N43 is the top of the line automatic movement that solely fitted on Orient Star timepieces. The Orient Star Contemporary Contemporary Standard White Ref. RK-AU0006S feature this incredible horology engine. The 22 Jewels, 50-hour power reserve F6N43 Automatic runs at a daily tolerance of +25 to -15 seconds per day, beating at 21,600bph with a power reserve indicator at 12 o’clock (somewhat iconic across the whole Orient Star flagship line).

Overall, the Orient Star Contemporary Contemporary Standard White Ref. RK-AU0006S feels modern while allowing one to enjoy the impeccable finishing through the whole watch, and functional while having a delicate balance of Orient’s legacy in watchmaking since the 1950s. In the Orient Star line, and though it will not be cheaper than the other entry Orient dress model, it is their“luxury” line watch under its top line.  Orient Star Contemporary Contemporary Standard White Ref. RK-AU0006S feels sturdy, robust, and well done as anyone could ask of a JDM mechanical watch. Therefore, with the classic watch design paired with a 100m water case clad with its unique Orient Star automatic power reserve caliber, this watch offers a lot for your money and definitely to collectors, it is one hell of a watch. 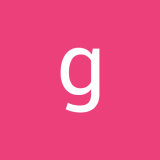 Gil W. Verified Buyer
Jan 25, 2021
White Orient star
This is my third watch from GNOMON. A very trustworthy company and a superb addition to my collection.
I purchased the watch and also ordered a black crocodile strap to repla... view morece the bracelet as my dress watch.
I have to thank Anders Tan and the rest of the staff at GNOMON. He is quick to respond to emails and provided a great delivery to me here in Australia.
I like the exhibition case back, and the applied markers on the dial. The power reserve is a fantastic standard feature to Orient Star watches. My only other comment is I like big dials (42mm plus ) so although this is perfect for me as a dress watch with a leather strap it may appear on the small side as a sports watch worn with the steel bracelet.
Great job GNOMON view less